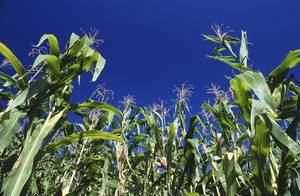 SWISTTAL-HEIMERZHEIM (NNA) – Attempts to reduce the radioactive contamination of soil in the vicinity of the stricken Fukushima nuclear power station in Japan are reported on the website of EMIKO group of companies.

The technology of so-called Effective Microorganisms (EM) was developed by the Japanese agricultural scientist Prof. Teruo Higa. Higa has been conducting research for the last 30 years to improve soil quality through microorganisms. EM technology is created through mixing a variety of microorganism to ensure active soil life through differentiated and highly developed fermentation techniques, the website says.

A conference on the subject of EM in Fukushima last October was attended by 900 people. Scientists from Belarus reported about their research using EM to reduce radioactive radiation and the technology was also used after the Tsunami in Thailand. The October conference was looking at possibilities of using EM in the Fukushima region. The conference included visits to farms and experimental fields.

The first indication that EM might help to reduce radiation came when an organic farmer who had used EM on his fruit farm for 20 years supplied apples and pears to his cooperative last summer for the first time after the nuclear disaster. Many of his fellow farmers were unable to sell their fruit because it contained too high levels of radiation. However no such radiation levels were found in the fruit of the organic farmer using EM.

EMIKO says that the reasons for the reduced radiation levels have not yet been finally determined. But research by Prof. Higa and Prof. Tazaki as to why soil and crops treated with Effective Microorganisms display less radioactive contamination indicates that the EM might be able to transform harmful caesium into non-radioactive barium.